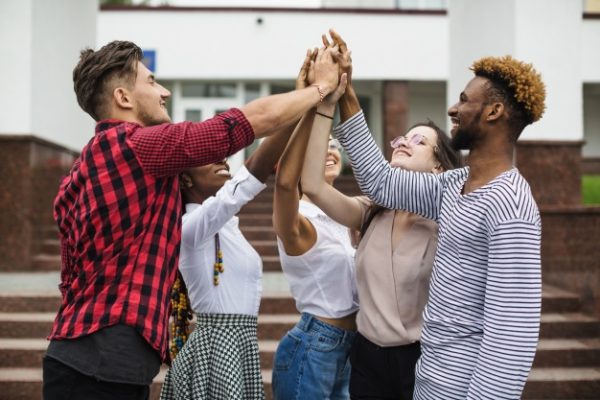 No Comments on Sacrifices For An Education – Is It Really Worth It?Posted in Education By FionaPosted on March 12, 2019February 13, 2022

It is almost 15 months since the senseless shooting incident of my brother, Dr. Linden F. Lord, fondly referred to as Doc or Lino.  The news of that Friday evening of October 14th, 2011 which reported that Linden was shot in the head and is being airlifted to Kingston University Hospital in Jamaica, still hangs like a thick dark cloud over my head.

Incidents like those don’t happen in our families – they only occur in movies or you hear of them on the news. But here I was in Philadelphia, U.S.A. awaiting word from Jamaica of whether or not my brother was going to be all right.  One hour went by, then two long hours, then three . . . After almost twelve hours of pacing the hardwood floor of my row-home, while earnestly praying, the long awaited word came.  Linden was out of surgery but was asleep.  The surgery was to remove the bone flap from the left side of his head to accommodate swelling of the brain.  It was the longest sleep I know one could ever have.  Hours turned into days and days turned into weeks.

Four weeks later, Linden traveled by a fully equipped air ambulance to a hospital in Boston in the United States. But he slept on – just occasionally opening blank eyes which never appeared to focus on anything.  My parents and other siblings were in Georgetown, Guyana, and were unable to visit. My sister gave me a message to deliver to Linden when I visited him at the hospital.

“Tell him,” she said, “he needs to get up from that hospital bed quickly because too much time and money were spent in studies.  Those resources cannot go waste. Further,” she continued, “let him know that his patients are waiting.”

Those words surfaced again in my mind as I watched my brother, a medical doctor, who, for one moment was full of life and plans of a great future; then the other moment, he was down and almost out.  He was lying comatose in a hospital bed oblivious of his surroundings.  The education he obtained that placed him in the medical field meant nothing to him now. Would he be well enough to practice again? Would his injured brain allow him to remember what cost him years of study and sacrifice to be the successful Obstetrician and Gynecologist he was?

But those weren’t the foremost questions in my mind.  What I really needed an answer for, was – should anyone pursue educational goals in light of this?

For days I battled with this question, but then the resounding answer came – YES! Yes. Everyone who has the opportunity to obtain an education should channel all efforts into doing so.  After all, the odds of someone being in my brother’s position are minute, as opposed to someone completing his studies, pursuing a career and living a fulfilled life.  It is not every day someone is in a position similar to my brother’s, but every day people advance in life. And what fuels a successful career, or an outstanding promotion, or make us candidates for better opportunities? Mostly, it is our education. We are handicapped without it. According to one study, “Education is the great equalizer that serves to bridge the gap between the economic and knowledge divide that is so often present in massive societies such as ours.”   In spite of what it costs, everyone in any field should aim to equip themselves to be the best of their ability. Even if someone ends up collecting trash for a living, he or she should be an educated sanitation engineer!

Today, with the help of God, my brother has come a long way.  He has started talking again, although not clearly, and with assistance, he can get from his bed to his wheel chair.  He is unable to stand by himself, and his right side is not functional. He is still in need of extensive therapy – speech, occupational and physical, mostly.  Even these services are not fully available to him due to expensive medical costs.

On the other hand, there are able-bodied people who can do better with their lives, but are handicapped in various ways while others allow life to just pass them by.

Recently, I conducted two educational workshops in Queens, New York and I empathized with the young people, who asked,

“Why would I want to pursue a degree when the economy is like it is?”

“Why would I want to borrow all that money in financial aid and perhaps not even get a job to be able to pay back loans?”

It wasn’t easy getting through to those young people.

“Life is a risk,” I informed them. “The economy will not always slope negatively.”  Then I asked,

“Which is better? To stand by now wasting your lives doing nothing and then the economy starts booming, jobs are everywhere, but you cannot get one because you are under qualified? Or would you prefer to use this time to educate yourselves as much as possible so that when the call comes you are prepared and ready to climb that career ladder? Or better yet, after studying, you may be able to start your own business and be a valuable asset to society by employing others.” They agreed that now is the time to equip themselves.

The problem with dropouts or potential dropouts is that even if they realize they need to get back to school or to complete their education, they are hardly likely to do anything about it.  Most of these people obtain help because of someone who cared enough to take time to guide them along.  Almost everyone knows someone who needs motivation or inspiration in one way or another.  You can be that motivator today and equip your student, parent, spouse, daughter, son, and the list could go on, with a valuable tool that will help them to finish what they have started and be successful. Choose to equip somebody today,

This book is available at amazon kindle:

Or, by clicking here.

Or, visit www.fionaharewood.com for your hard copy.