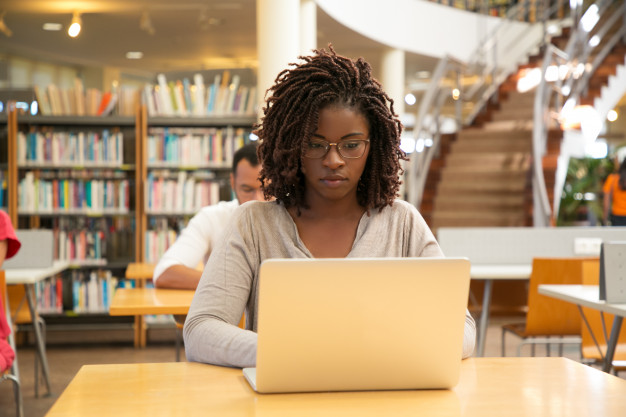 “There is an immeasurable distance between late and too late.” – Og Mandino

New Year’s resolutions! It is only the second month in the new year; if you have made a New Year’s resolution, go ahead and see it to fruition. Almost everyone makes New Year’s resolutions, including those who have dropped out of school. Often times these dropouts plan to better themselves in the New Year. If, I did it, you can do it too, sounds clichéd, it may be, but it is true. At one time I thought I couldn’t pass an exam.

No one grows up thinking that they will get in a dead-end job and stay there for the rest of their lives. Don’t misunderstand me – starting at a low-paying job is not something that should be scorned. There is value in honest work and everyone has to start somewhere. However, there is no sense of satisfaction in a stagnated life. The study, Demography as Destiny, pointed out that “Education is the great equalizer that serves to bridge the gap between the economic and knowledge divide that is often present in massive societies such as ours.” Education gives us the tools to move our lives to different heights, so if you have dropped out, why not choose to go back to school? It is your era to return to school and shine, especially if that is your New Year’s resolution.

In my earlier years between elementary and high school, I never really did well, academically. At age fifteen I wrote the Caribbean Examination Council (CXC) in Guyana, South America. The closest equivalent to that exam is probably the SAT exams or High School Diploma, here in the United States. The education system in Guyana is set up in such a way that courses are taken in subject areas that immediately equip the student for the world of work, or one may choose to move to higher studies after these exams. I was tested in four subject areas: English Language, History, English Literature, and Mathematics. Before receiving the results, I knew I had failed miserably. Of four subjects, I passed one – a grade 3 in English Literature, possibly a “C” in the grading system here, which was considered a passing grade at the time. I knew I was unsuccessful every time I completed each exam. My Mathematics results were horrendous – I was graded a “U” – unclassified! Mathematics was my most challenging subject.

The results disturbed me and left me dissatisfied. Anyway, my parents didn’t give up on me. One year later, they paid for me to re-take the same three subjects I failed and added another subject to the list, making it a total of four. This time around, I did worse than the previous year – I received no passing grade for any of the four subjects. I was devastated. That was it! I was done with school. I stayed home for over a year helping my mother with the household chores and the care of my younger siblings. Then one day my grandmother showed up and the following conversation ensued:

“Child, what’s with you and being home all the time? I think you should go and do some typing or something. These days both men and women working. You cannot wait for a man to marry you and make you a housewife. Is better to work for your own money; that way, nobody can make you a fool,” she said.

Maybe my grandmother didn’t remember I had failed the exams twice.

“Grandma, you remember I tried twice and got only one passing grade.”

“So what?” she screamed. “Then you will keep trying. Put on your clothes and le’ me take you to the commercial school down the road.”

It was no use arguing with Grandma Stella. The next day I was back in school. The third time, like they say, was the charm. About fourteen months later, I graduated with First Class grades in Pitman’s Advanced English, Typewriting and 80 wpm Shorthand Speed. From those certificates, I was able to secure my first secretarial position in the working world. Following that, I completed a two-year certificate in secretarial science at the Government Technical Institute in Guyana. My grandmother was instrumental in getting me back to the path of achievement and likewise there is someone that is probably standing by, ready to do the same for you, if you let them.

We are all not fortunate enough to have such positive driving forces in our lives, but this is no excuse not to move ahead. Instead, it is a challenge for you to find your own strength to make your dream a reality. It bears noting that my success the third time around came while I was a teenager with no children, job or any such “adult” responsibilities. It is usually easier then. This is why if you are currently in school and have no other responsibility, you should give it your best shot. Yes, sometimes it gets rough and you are discouraged, feeling as if you cannot make it. If you are a student and is feeling demotivated, just know, dropping out is not an option! Keep at it! Nothing good comes easy! If you keep at it you will succeed.

Later, I will continue this conversation about returning to school after being away from the classroom for over ten or more years while having a family and a job. You can do it!

This book is available at amazon kindle:

Or, by clicking here.

Or, visit www.fionaharewood.com for your hard copy.

No Comments on Never Too Late to Start Something GoodPosted in Education By Fiona HarewoodPosted on March 11, 2019February 27, 2020